September 23, 2014 – State Minister of Foreign Affairs along with foreign delegates from Bangladesh, the US Business leaders, and the heads of several fortune 500 companies came together today under one roof in midtown Manhattan, New York, for a round table discussion for the future scope of the trade market relationship between the US and Bangladesh.”

Bangladesh is well known for its innovation and its people are very resourceful in the areas of IT and phone technology”, said Joyce Moy, the Executive Director of The Asian American / Asian Research Institute of CUNY, who inaugurated the meeting, welcoming Mr. Shahriar Alam, Honorable State Minister of Foreign Affairs, Mohammad Ziauddin, Honorable Ambassador of Bangladesh to the USA, Kazi Akramuddin Ahmed, President of the Federation of Bangladesh Chambers of Commerce and Industry, Mark Jaffee, President of the Greater New York Chamber of Commerce, Savio Chan, President, of US China partners, Aziz Ahmad, Chairman of US Bangladesh Partners and Myles Matthews, President and CEO of the Global Trade and Technology partners and US Partners of Commerce.

Aziz Ahmad, Chairman of US Bangladesh Partners chaired the meeting.

Joyce Moy – “The mission of US Bangladesh Partners is to foster business relationships between the US and Bangladesh and the idea of fostering additional exchanges in the area of innovation with hopes to bring innovation from the research of such universities from Bangladesh, US and also China to market.” Aziz Ahmad said in his speech, “We are providing partnership between the countries; I came from Bangladesh back in the mid 80s, so I see the contrast in between the countries and I have the best interest in both the countries as a US American/Bangladesh Citizen, so I look forward to facilitate trades and technology between these two countries. Also he pointed the facts of the large percentage of energetic bright youth in total population of Bangladesh”

Mohammad Ziauddin, Honorable Ambassador of Bangladesh to the USA – “Bangladesh is not dependent on aid anymore but by trade and business for the economy. In a few years Bangladesh has also experienced an increased low of EDI, this is due to our legal trade and investment policies that allow generous tax holidays, concessionary duty of import machinery, remittance of royalty, 100% foreign equity, unrestricted exit policy, full repatriation of dividend and capital on exit status.” He then goes on to talk about Bangladesh’s growth of GDP of $116 Billion, with a GDP growth rate is over 6% in the last 6 years, in the same period, the GDP per capita has increased by 65%, inflation rate was reduced by 7.5%, 7.1 million employed public and 5 million in the private sector. Exports increased annually by 19%. ”

Mark Jaffee – “We are part of an integrated world, a world where we want better things for our families, our children, our future and we at the greater New York Chamber of Congress know we can accomplish that through trade; trade with partners that believe in family values and the rule of law, trade with countries like Bangladesh.” He then goes on to say “We are proud and truly believe that we are going to accomplish great things only through trade, we can’t not be just an island, we need to reach out to other countries and I am proud to see a growth in the statistics.”

Myles Mathews – “The one thing that excites me about Bangladesh is the growth that you see especially since it started out as a country that understood to educate it’s women along with its men, so you have a much stronger economic base than some of its neighbors.”

Kazi Akramuddin Ahmed, The President of FBCCI, requested all the leaders to bask in Bangladesh’s vast potential and capabilities to produce and consume the 5.5 billion exports with the US market. “This is the country to invest in, this is the country of growing potential; We want to achieve friendship with not only the people and the economy but a friendship in business.”

Shahriar Alam, Honorable State Minister of Foreign Affairs ended the meeting with his speech by saying, “The economy of Bangladesh has grown considerably. In 1971 while our GDP was a mere $8.75 billion USD, it has now soared to over $116 Billion USD. He also mentioned under the visionary leadership of Honorable Prime Minister Sheikh Hasina, her Government has adopted effective and efficient approach to economic policy reducing poverty by 10%, attending a constant climbing of GDP growth over 6%, inflation rate was reduced by 7.5%, 7.5 million employed in public and half million in the private sector. Exports increased annually by 19% since 2009, reaching USD 32 billion in 2013 and arranged overseas jobs for 2 million people. He also said current Bangladesh’s foreign currency reserve exceeded USD 22 billion. He brought in attention that Bangladesh now produces commodity for the international market, maintaining healthy macro economy fundamental and social economy stability. With significant trade partners and foreign direct investment Bangladesh economy stands on a solid foundation. He also talked concerning the worker’s right and workplace safety regarding RMG industry and hoping to receive US GSP soon. He invites all the companies to invest to their fullest potential in a cost effective and efficient manner so that both countries can benefit in future trades and investments.

Companies such as Coca cola, Microsoft, Con Edison, US State department, US Department of Commerce, Astra, many US Business leaders, and chamber leaders were in attendance. The meeting concluded with a closing question answer session. 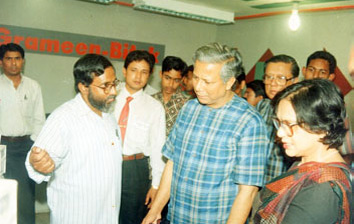 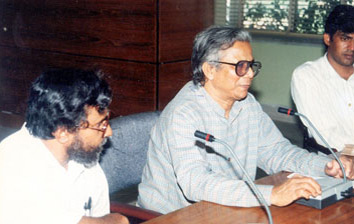 The National Business Inclusion Consortium represents diverse communities that total more
than $8 trillion in annual consumer spending power. The organizations in the consortium include: 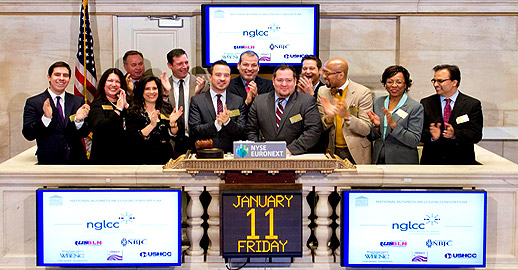 Aziz Ahmad, Vice Chairman, USPAACC-NE, led the delegation team of US Pan Asian Chamber of Commerce where Susan Allen is its National President and the CEO. Aziz Ahmad, is the CEO of UTC Associates and Managing Director of Grameen Bitek.